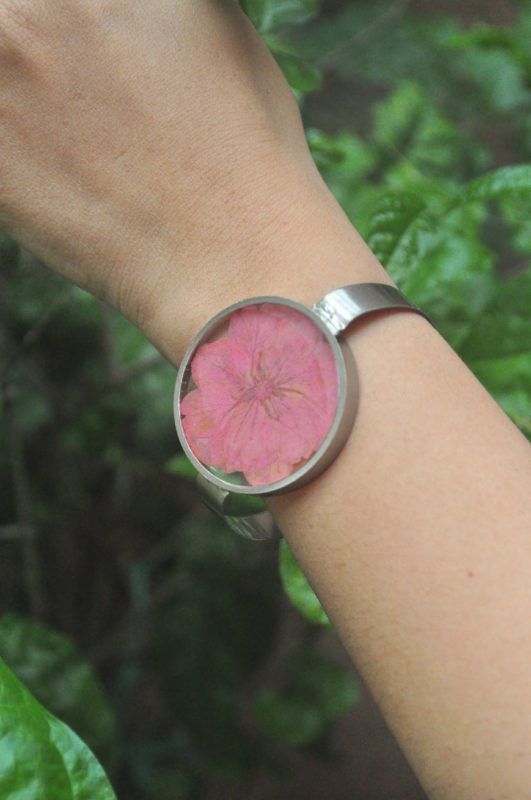 Cuff bracelets were worn as armours almost 7000 years ago in ancient Egypt and then by the Greeks. Since then, cuffs have taken on variations and changes though history. From Coco Chanel’s Maltese Cross Cuff to Jackie O’s Van Cleef Cuff – this ornament has played its role in History.

Our take on cuff is different. We wanted to create an armour of flowers, something to catch and hold attention but not distract, something that isn’t bling but something you cannot overlook.

But when these pink, innocent flowers persevered and bloomed despite the effects of the radiation caused by the bombing, the people of Japan began to perceive the flower as a symbol of resilience, hope, as the short cycle of life and death and its significance.

We love following the Japanese Cherry Blossom Festival which begins on Feb 4th of every year. The way this flower can bring together hordes of people by simply just blooming is so pure, fascinating and exactly what Nature intends to be for us.