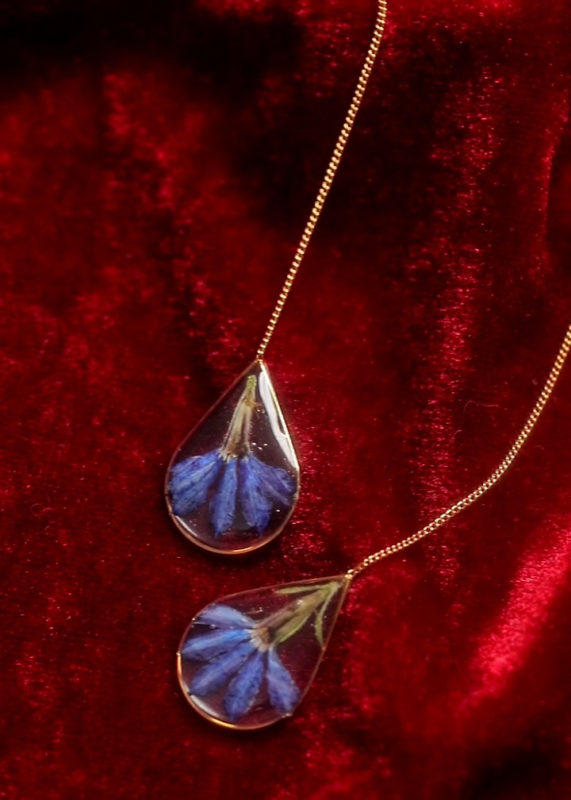 The prettiest blue cornflowers straight from the gardens of London.

Cornflowers have been a repeatedly used motif in the renaissance period.

The flower symbolised fidelity and loyalty and were worn by men because of its masculine appearance.

This motif appears as a hidden message in many paintings throughout history.

It was also referred to as the Blue Lotus by Egyptians who used this colour for eye makeup.

Be the first to review “Cornflower Threaders” Cancel reply